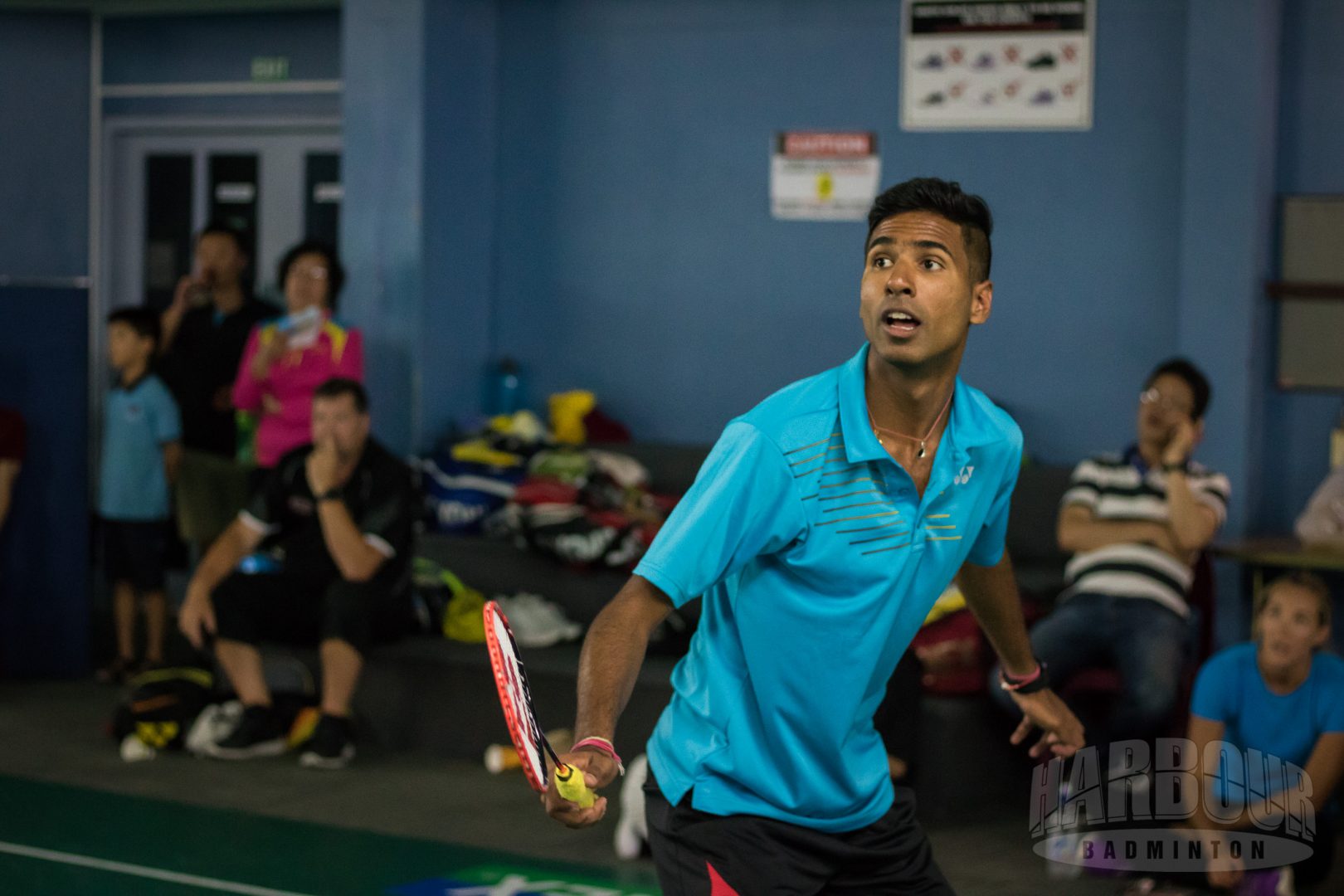 With the Victor Oceania Championships just around the corner in Melbourne, the North Island/Auckland Open 2019 was great preparation for players traveling over to Victoria, Australia.  North Harbour had a number of players represented at this event with good results overall.

In the men’s singles, top seed Abhinav Manota had a slight glitch in his road to the final when he came up against Waikato’s Adam Jeffrey.  The match went to three games, with the end result going Manota’s way 21-8 19-21 21-9.  Edward Lau, on his comeback from a serious knee injury, had a perfect start to his campaign, beating 2nd seed Dacmen Vong 21-19 21-12.  In the semi-final Lau faced fellow North Harbour player, Jack Jiang.  He won that match 21-5 21-13, setting up an all North Harbour final against Manota.  Lau started off slow in the first game, but picked it up in the second, however this time it was not enough with Manota winning 21-9 -21-16 to take the men’s singles title.

Number 1 women’s singles seed, Sally Fu, was beaten in her second match by North Harbour’s up and coming player, Shaunna Li, 21-14 15-21 21-13.  On the other side of the draw, North Harbour’s unseeded player Cately Rozario met the number 2 seed Roanne Apalisok in the semi finals.  It took three hard games, but Rozario pushed through, winning 19-21 21-8 21-17.  This set up an all North Harbour final against Rozario and Li.  Again it went to three games with Rozario pulling ahead in the third to win the North Island/Auckland Open women’s singles title 21-14 19-21 21-14.

North Harbour’s Maika Phillips, with new partner Dacmen Vong, were seeded 3/4 going into this tournament.  Featured in the bottom half of the draw, they faced the experienced pair of Alfred Wong and Wang Jiang in the semis, who had previously dispatched the second seeds, Jonathan Curtin and North Harbour partner, Dylan Soedjasa.  Fighting for every point, Phillips and Vong won their semi 17-21 21-8 21-19 to set up an exciting men’s doubles final against brothers and number one seeds, Dhanny & Riga Oud.  The first game could have gone either way with Oud/Oud just edging out Phillps/Vong 22-20.  However, the next two games turned with Phillips/Vong winning them 21-13 21-19.

The women’s doubles yielded a small draw of eight pairs, but that did not determine the quality of play.  The seeds stayed true, meeting in the final with North Harbour players on both sides of the court.  Number 1 seeds Anona Pak and Erena Hawkins had a untroubled road to the final as did Alyssa Tagle and Sally Fu.  The final was a battle with the players each fighting off a determined opposition.  There could only be one winner, which went to Alyssa Tagle/Sally Fu 21-18 26-24.

There was a large entry into the mixed doubles with North Harbour well represented in three of the top four seeded positions.  Top seeds Maika Phillips/Alyssa Tagle cruised through their first two matches before coming up against the Waitakere pair of Wang Jian/Yonshi Xie.  This match, which lasted eighty minutes, ended with a Waitakere win 18-21 21-9 27-25, and in turn knocking out the number one seeds. In the bottom half of the draw, North Harbour’s Dylan Soedjasa and Anona Pak (seeded 3/4), showed great form to make it to the final after the second seeds Dhanny Oud and Jasmin Ng were bustled out in the first round.  The Harbour pair had a great final match, beating Wang/Xie 21-17 16-21 22-10 to take the win and mixed doubles title.