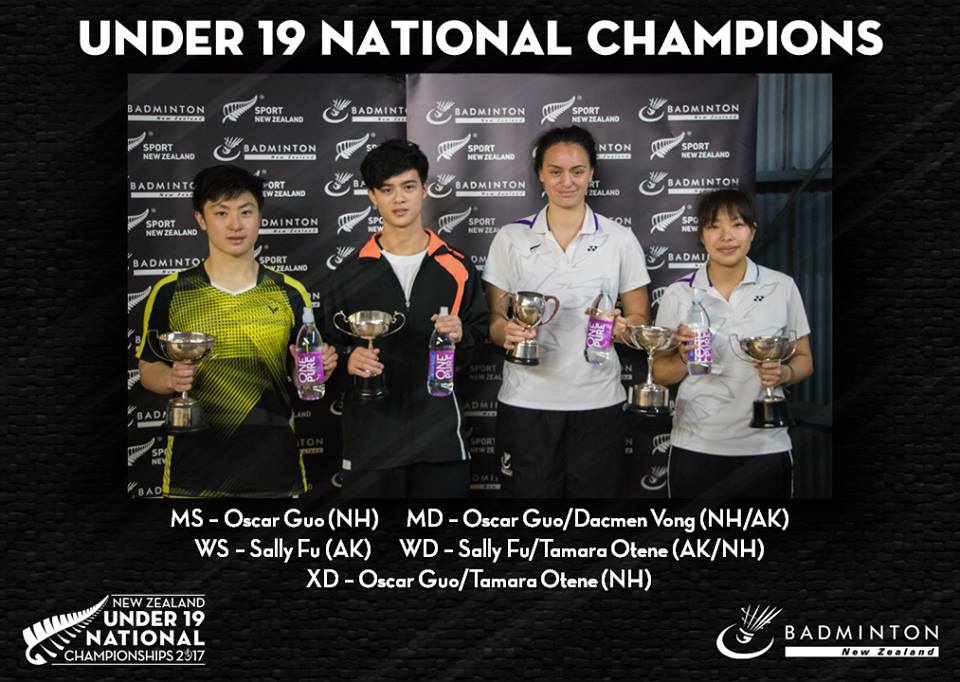 The New Zealand u19 National Championships was held at Counties Manukau Badminton recently with a large entry from North Harbour.  The event, held over three days was well supported with over 70 players entered.

North Harbour was represented in all five finals with a four from five result at the end of the tournament.  Four National titles for one association is a great result.  The final results were:

Congratulations to these players and the other age group participants that have their age group Nationals in the following few weeks.