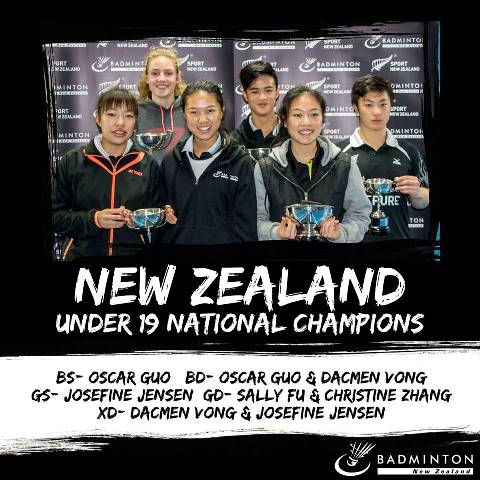 The New Zealand u19 National Championships has concluded in Canterbury with Oscar Guo playing for another three National titles (already 3 at u17 level), however the young North Harbour player was denied, being beaten in the mixed doubles final by Dacmen Vong (AK) and girl’s singles winner Josefine Jensen (WKO). However, he did pick up the other two titles, boys singles and boys doubles.  North Harbour players featured in four of the five final events, with Oscar securing two.  Edward Lau was runner up in the boys’ doubles while Tamara Otene had the same result in the girls doubles.