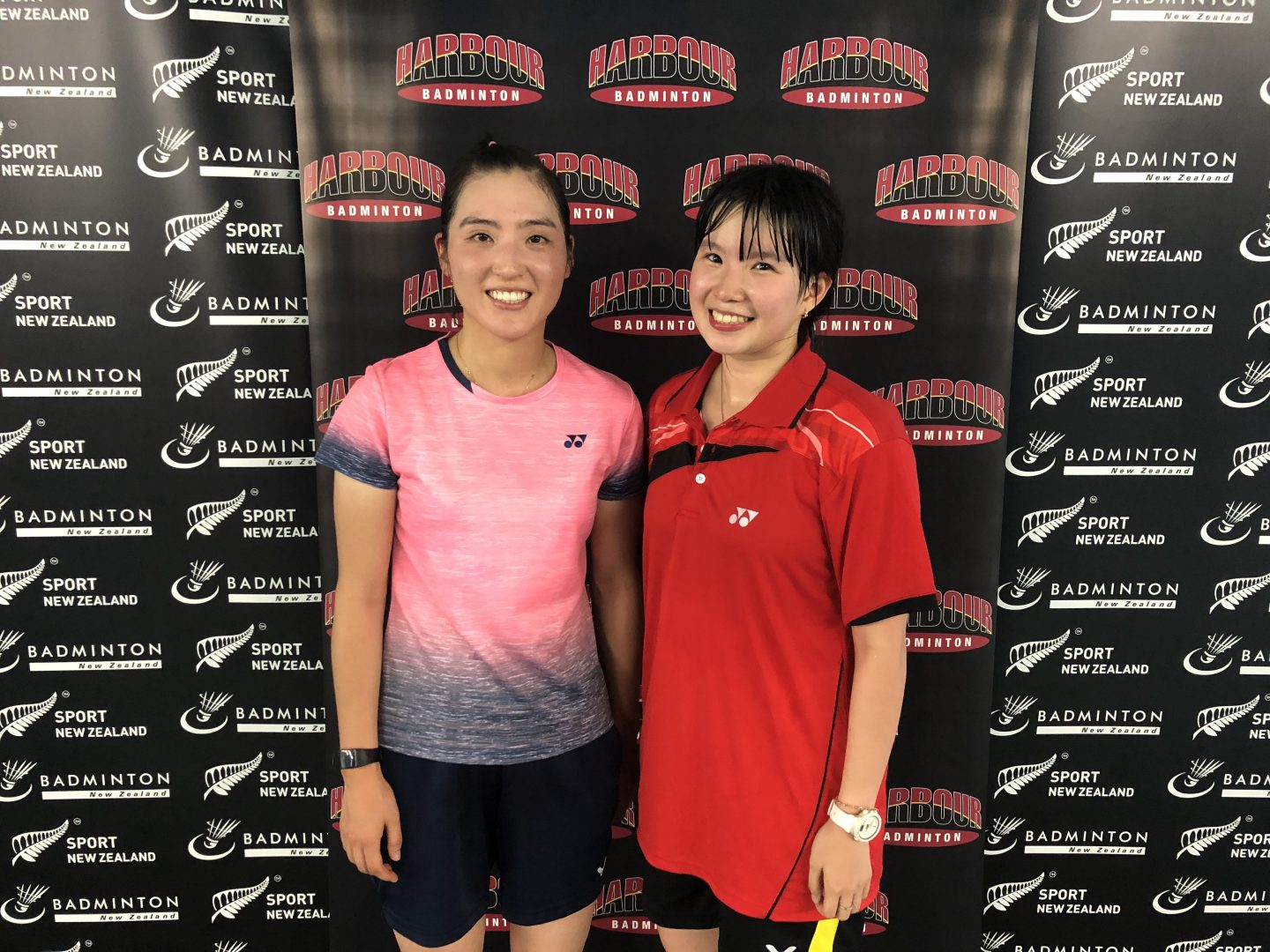 Five of our Harbour representative players have made it through to the quarter finals here at the YONEX Harbour International 2019.

Shaunna Li was the first player on court this morning against the Chinese singles player who celebrated a victory over the first seed yesterday. The eighteen year old Chinese powerhouse, Qiu Ziying, is currently ranked at 855 in the world and is finding her form this week in Auckland to earn her place in the semi-finals after defeating Li in two games.

“I played all three events, I am now out of all three after making the quarter finals in the singles, but it’s been a great experience. The Chinese players are very strong and I just tried to play my best.” – Shaunna Li

There was a similar theme throughout the day as our doubles representatives also faced strong Chines opposition in the quarter finals. Both pairs had huge support by the home crowd, and despite a thrilling game in the women’s doubles which went the distance, the pairs were unable to secure a place in the semi finals:

For all the results on day three, visit Tournament Software.

You can come and watch the semi finals and finals at Badminton North Harbour for free. Simply turn up and enjoy.

Or, you can watch the action from court 4 on the live-stream, via the Badminton New Zealand YouTube channel.