Oscar Guo made it two wins from two encounters in his battle with Waikato’s TJ Weistra after defeating him at the Division 1 Inter-association Championships earlier this year.  It was a tight fought match with Oscar winning in three games 14-21 21-16 21-17.

North Harbour Jin Ah Kim and Anona Pak had a great run through to the final of the women’s doubles without dropping a game until the final.  The final saw them up against the experienced pair of Susannah Leydon-Davis and Danielle Tahuri and the three games needed to seal the match was nothing short of a marathon with the North Harbour pair taking the win 21-18 18-21 21-17.

Anona then teamed up with long standing playing partner Maika Phillips in the mixed doubles.  Unseeded in this event, they worked their way through the draw to find themselves up against the 3/4 seeded pair of Dhanny Oud/Jasmin Ng from Auckland.  Maika and Anona were to strong and executed their play to win the final 23-21 21-19.

North Harbour players also featured on the runners up podium with Deborah Yin placing second in the women’s singles as did Edwin Lau/Viraf Vazifdar in the men’s doubles. 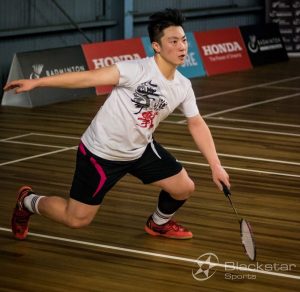 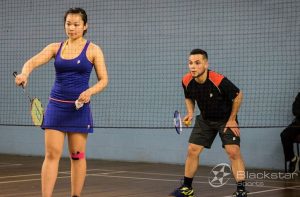 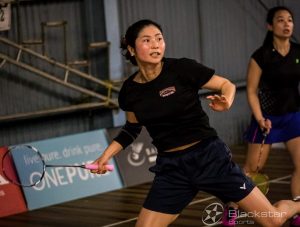