Feathers Flying High For u15 Juniors 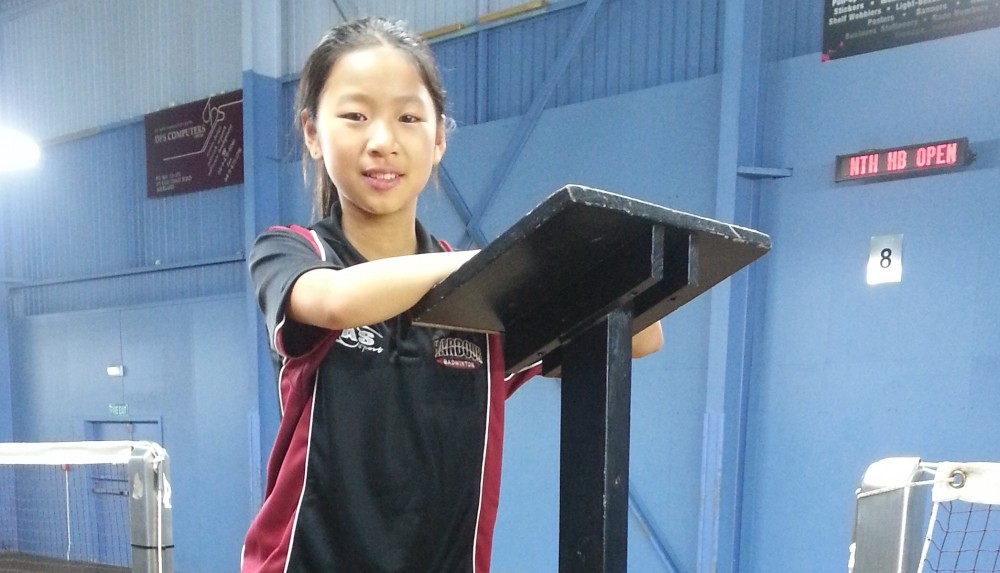 Shaunna Li (NH) has won two titles at the New Zealand u15 National Championships. Her first win on finals day was against #1 seed Roanne Apolosik (WTK) in the girl’s singles. Shaunna didn’t have it all her own way, having to take the match to three games, but eventually winning 14-21 21-6 21-14. She backed this up in the girls doubles with Auckland partner Ashley Tan. They faced the #2 seeds and again it went to three games 19-21 21-11 21-16. Ricky Cheng fought hard against the #1 seed in his singles final with Nelson Zhang (AK).  The match was even after the first two games so a third was needed to decide who would be the boy’s singles champion.  Nelson prevailed to take the match 21-19 19-21 21-10.  Samual Sun won the boys single’s classic plate against Roy Zhao 21-16 21-14 while Aaron Chen won the boys single’s plate 21-11 17-21 22-20 in a tight third game against local player Jeremy Tan (WN). Natasha Alijabar rounded off the wins for North Harbour with a convincing result in the girls’ doubles plate with partner Angelina Ung (AK) 21-11 21-16. Congratulations to all players who won New Zealand titles today.