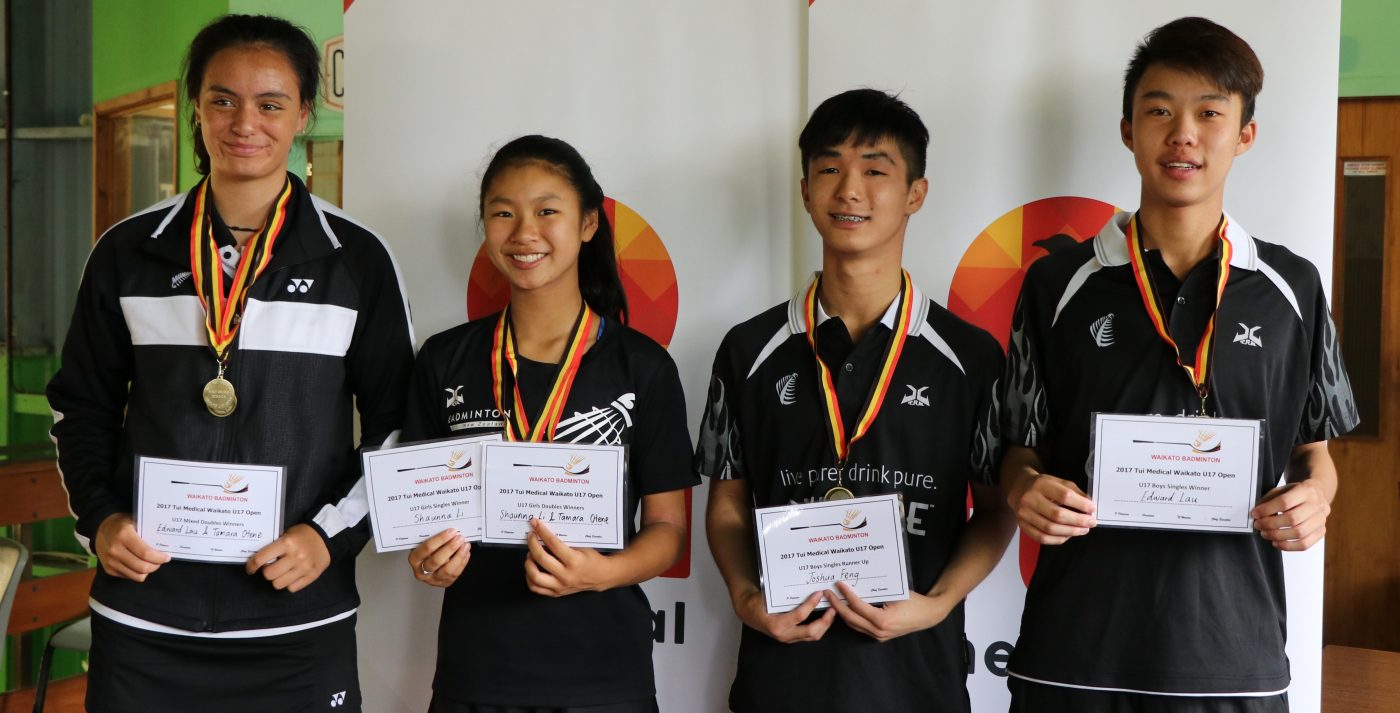 Evan Wong was runner up in the boys doubles as was Josh in the mixed doubles.

The North Island/Waitakere u19 Open is played this weekend – 11/12 March.  See the link below for further information