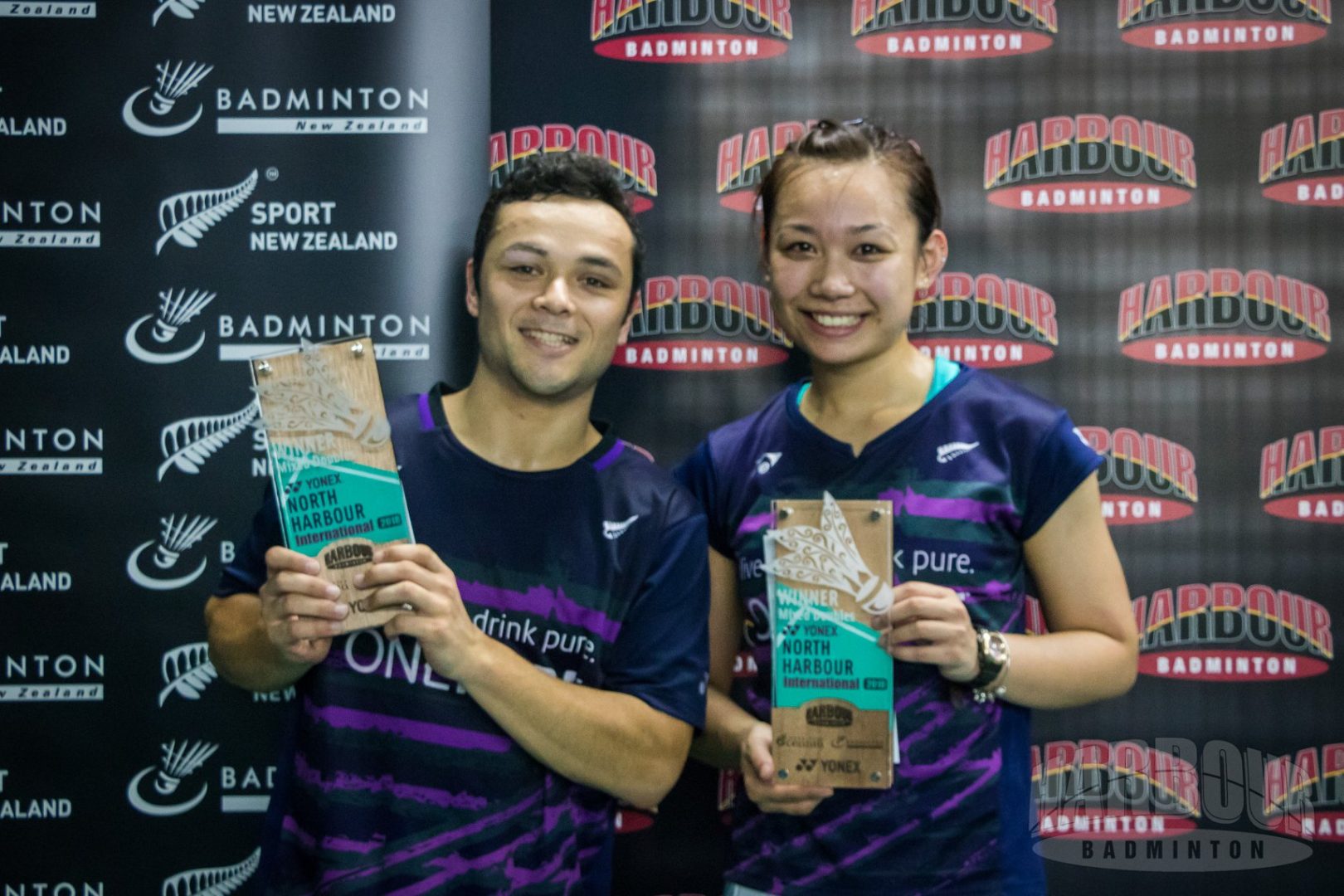 The day saw a large crowd in at Badminton North Harbour enjoying the finals matches.  With a variety of countries represented, there were plenty of favourites to support. Finals results are:

Thank you to Oceania Badminton and Badminton New Zealand for their valued support of this event, and the many technical officials who traveled from both overseas and locally to officiate at this tournament.  Big thanks must also be extended to our wonderful group of volunteers who gave their time and effort over the four days, covering many areas that are vital to an event running smoothly and efficiently.