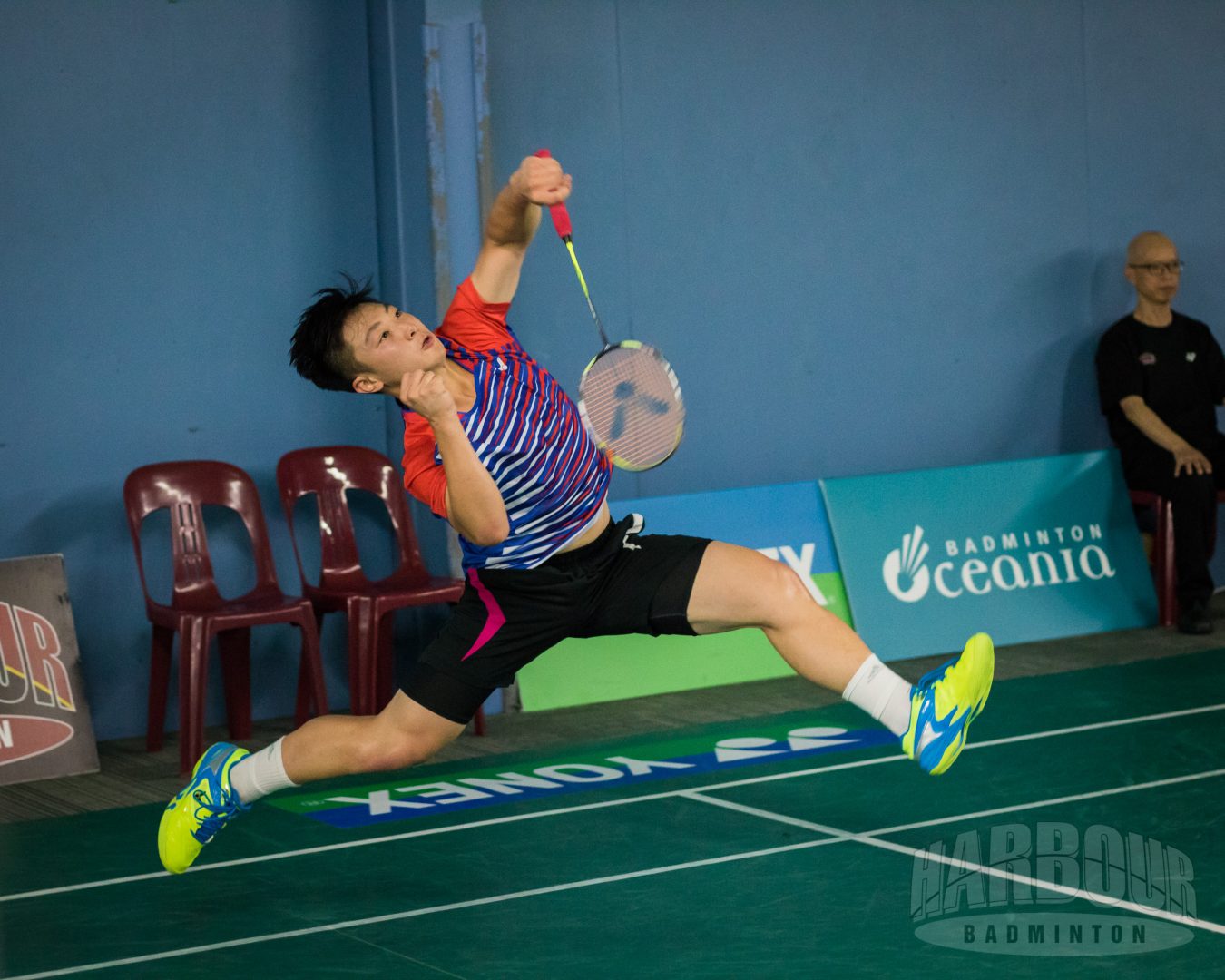 Oscar Guo was just seven years old when his local association last hosted their own international tournament – the North Shore City International in 2008.

Heading into the event, he was wary, with a few substantial hurdles in the way – the first being top seed Anthony Joe (Australia) in the third round. Joe has a current world ranking of 122 – 270 places higher than Guo’s 392.

Guo went on to defeat Joe 10-21 21-11 21-10, in the process, clearing one of the biggest obstacles out of his way. Guo’s quarter-final and semi-final would be relatively trouble-free affairs – first dismissing Tahiti’s Remi Rossi in straight games, then moving past Edward Lau (New Zealand), who was unfortunately forced to retire early with injury.

Up against Guo was fellow North Harbour player, Abhinav Manota, who had dismissed the 8th, 3rd and 2nd seeds to set up an all-New Zealand final.

The pair are no strangers to each other, facing off in countless local and national tournaments over the past few years. Manota is the current national champion, while Guo has held the crown twice in 2015 and 2016.

With his 21-14 21-10 victory, Guo completes two firsts – his first win over Manota and his first senior international title.

“I’m really happy. To get through Anthony Joe, Remi and then Mani [Manota] in just a few days is incredible – I don’t believe it yet.”

“The final was very hard. I’m just glad I was able to play how I wanted to and control the rallies,” he says. 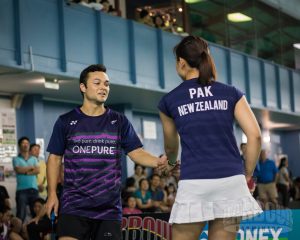 After beginning with a dominant first game win 21-6 over Brazilian pair Fabricio Farias and Jaqueline Lima, the second game became locked at 20-all. A couple of unforced errors eventually saw Phillips and Pak take the win, with the second game ending 27-25.

Jesica Muljati of Indonesia has been living and training at North Harbour since mid-2017, and the lively crowd were only too willing to throw their vocal support behind their adopted player, as she took on Louisa Ma (Australia) for the Women’s singles final.

Her quick reflexes and precise placement left little opportunity for Ma to attack, and Muljati found herself in a comfortable rhythm to take the match in straight games 21-11 21-12.

After storming through the early stages of the draw and leaving the top seeds in their wake, the final was a match too far for Kiwis Sally Fu and Susannah Leydon-Davis, who lost out to the accomplished Australian pair, Leanne Choo and Renuga Veeran.

The match never really looked to get out of first gear, with Choo and Veeran delivering a doubles lesson in the first game. Fu and Leydon-Davis managed to offer up a bit more resistance in the second game, but by then the match was already slipping away – Choo and Veeran the comfortable victors 21-6 21-12. 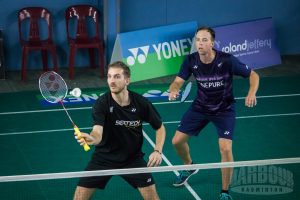 The Men’s doubles final rounded out the evening with a second guaranteed title for New Zealand. Oliver Leydon-Davis carried on his winning form, fresh from his Swedish Open victory, as he partnered Kevin Dennerly-Minturn to take on Jonathan Curtin and Dhanny Oud.

With the Oceania Championships beginning in Hamilton on Tuesday, there is no time rest for the finalists in the YONEX North Harbour International – most will be back on court representing their national teams in the Thomas and Uber Cup qualifiers. 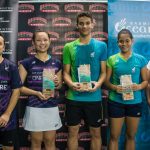 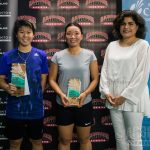 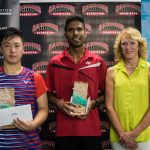 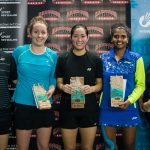 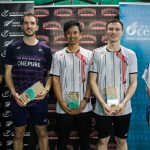