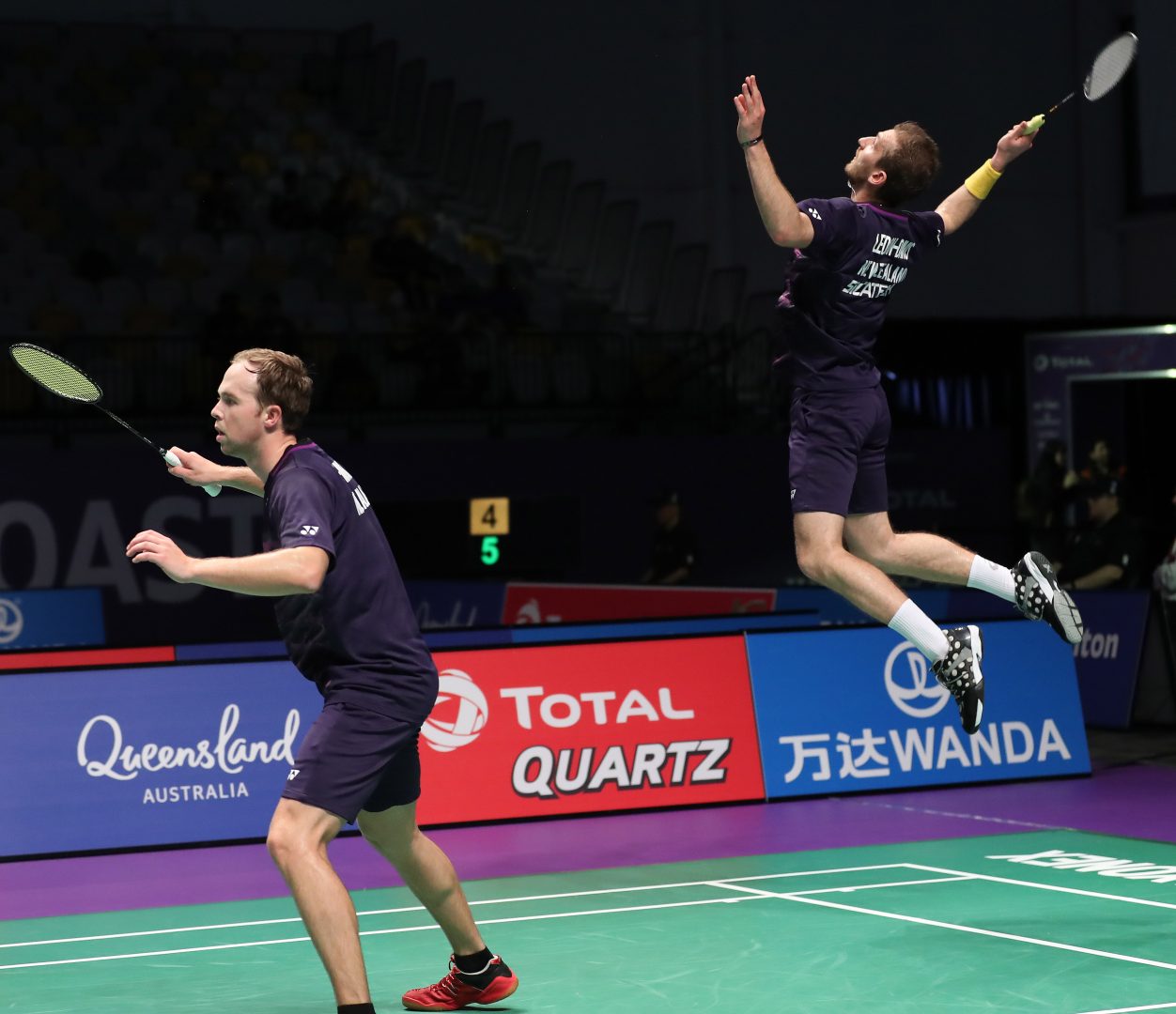 Players from 11 countries have arrived in Auckland, fired up and ready to compete at the YONEX North Harbour International, a BWF Future Series event beginning tonight at the Badminton North Harbour Centre.

A strong local entry is complemented by plenty of athletes from Australia and the Pacific, who will stay on to compete in the VICTOR Oceania Championships in Hamilton the following week. A number of these players have been training in Albany for the past week as part of an Oceania Player Development camp. North Harbour also welcomes several players from further afield, including Denmark, Brazil, USA and Indonesia.

“It’s great for us to be hosting international badminton once again. We’re thrilled to put on an event like this, both for our players and for our fans,” he says.

“We hope that fans from around Auckland will join us to enjoy the high-quality badminton that will be on show.”

Australia will have high hopes for the Men’s singles competition, with Australians holding the top four seeds, however there are a number of talented Kiwis ready to spoil the party. Top seed Anthony Joe will most likely face Oscar Guo in the third round, a 17-year-old local with several national titles and international performances already under his belt. Next in his way could be North Harbour’s Dylan Soedjasa, who was the victor in their previous encounter at the CASA DEL SOLE Noumea International in 2017.

New Zealand’s top player in the Women’s singles, Sally Fu, will have several tough matches on her road to the title, with Australians Louisa Ma and Hsuan-Yu Wendy Chen standing between her and the final. Her potential opponent for the final, Jesica Muljati of Indonesia, has been playing and training at North Harbour since mid-2017 and will have plenty of local support as well.

The Kiwi pair of Kevin Dennerly-Minturn and Oliver Leydon-Davis are excited by the return of this event, having played at the previous North Shore City International in 2008. With more experience and several years of training overseas, the pair have high expectations for this year’s event. Oliver also comes into the tournament in good form, having just won the Swedish International with Danish partner, Lasse Molhede.

“I feel I’m a more complete player now, after training in Asia and Europe, and now back in Denmark again. I have a lot more experience and knowledge about how the game operates at the highest level,” says Leydon-Davis.

Meanwhile in the Women’s doubles, Susannah Leydon-Davis and Sally Fu will certainly be on the radar for the top seeds. Despite being a new combination and unseeded in this event, both players bring significant skill and experience to the court and will be a real threat to anyone who stands between them and the title. The Australian pair of Leanne Choo and Renuga Veeran have an easier road to the final but will have to overcome either Anona Pak and Danielle Tahuri, or Alyssa Tagle and Jesica Muljati in the semi-finals – both having the potential to cause an upset.

The mixed doubles promises to bring an early highlight, with a tense Kiwi vs Kiwi matchup in the second round. Matthew Graham and Gaea Galvez face Edward Lau and Erena Calder-Hawkins, and with all four players having represented New Zealand at a junior level, and having faced each other many times, this match should go down to the wire.

Play begins at 6pm on Thursday with qualifying rounds, with the main draw commencing on Friday at 9am. Entry is free for spectators. Live streaming available from Friday morning at bit.ly/BOCbadmintonlive