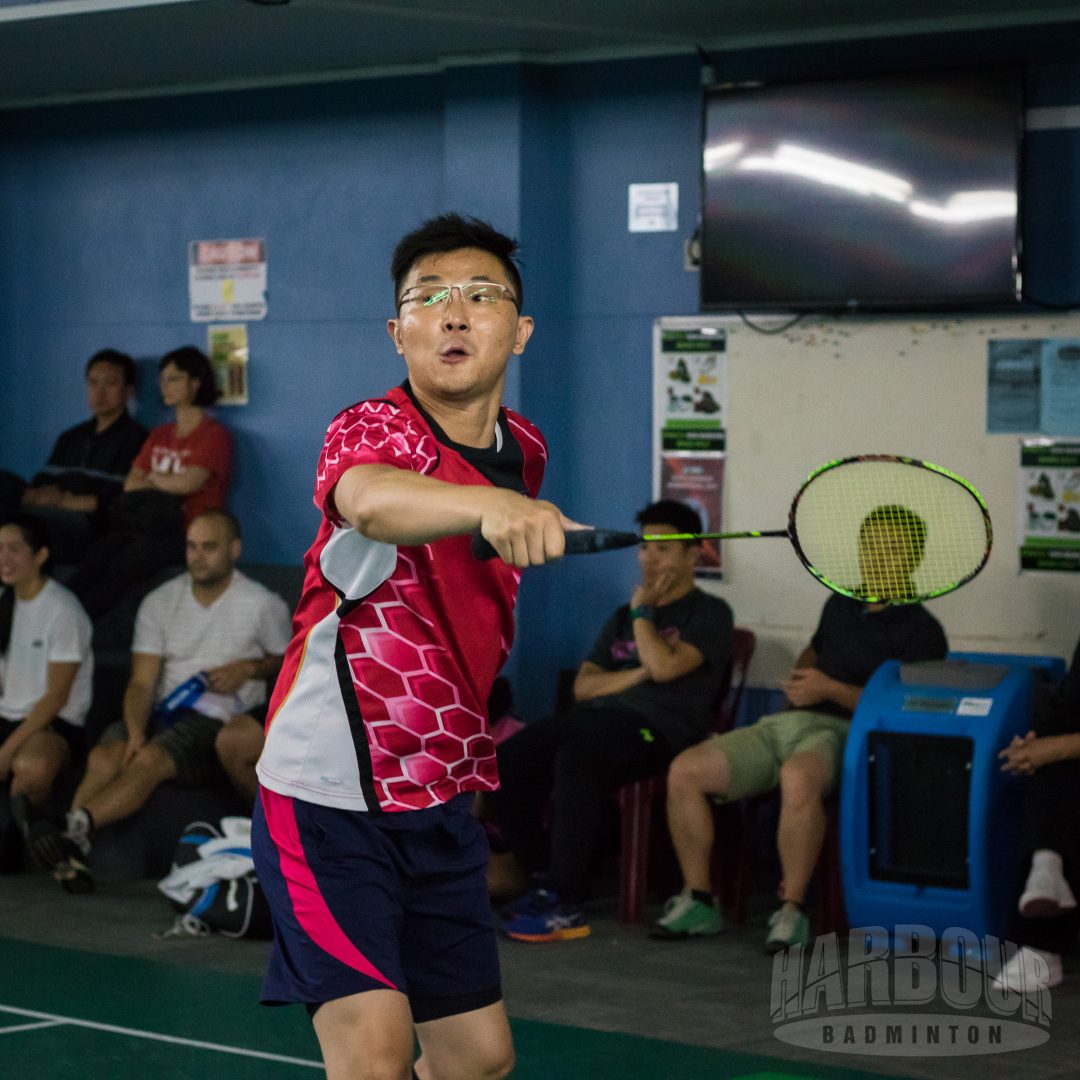 After having to earn his spot in the main draw with a match on Thursday night, Men’s singles qualifier Jian Wang (NZL) is making his presence felt at the YONEX North Harbour International, with two impressive wins yesterday to arrive at the round of 16.

With all but two seeds progressing to the round of 16, fans can be certain of exhilirating contests as all but one match sets one seed against another. The tempo doesn’t slow down however in the remaining match, as we see Jian Wang play Remi Rossi (TAH). Rossi arrives having claimed the scalp of 6th seed Daniel Fan in the previous round, while Wang carries a psychological advantage having defeated Rossi in the Men’s doubles on Friday afternoon.

The Women’s singles went entirely to plan for the seeded players yesterday, with all winning comfortably in straight games. The highlight of the round was the see-sawing battle between Jenny Zhu and Charmaine Wu. With both players very evenly matched, it was the resolute defence of Jenny Zhu that would eventually decide the result, as she returned everyhing that Wu could throw at her, waiting patiently for a mistake or opening to bring the point home, winning 22-20 18-21 21-11.

It was a straightforward affair for the seeded pairs in the Men’s doubles as well, with all progressing to the round of 16. Top seeds Simon Leung and Mitchell Wheller of Australia were showing their intent, with a comprehensive 21-3 21-7 over Kiwis Lucas Mitchell and Daniel Yang. Not to be outdone, second seeds Jonathan Curtin and Dhanny Oud (NZL) sent their opponents packing 21-5 21-3. With the top four seeds all showing good form, it bodes well for some thrilling semi-finals and finals on Sunday.

The Women’s doubles is set for an exciting day as several unseeded, but highly experienced pairs meet each other chasing a semi-final berth. North Harbour’s Gaea Galvez and Justine Villegas had to dig deep to overcome third seeded Grace and Sarah Cai of Guam, while the Auckland/Waikato pair of Sally Fu and Susannah Leydon-Davis had an easier run against Fijians Alissa Dean and Danielle Whiteside. Meanwhile, fourth seeds Anona Pak and Danielle Tahuri (NZL) will also have their work cut out for them, with a demanding encounter against Yongshi Xie and Kylie Luo (NZL) ahead.

Expect plenty of thrills in the mixed doubles as experience meets youth in a number of matches. There may be some early fireworks on court with New Zealand’s Kevin Dennerly-Minturn and Kylie Luo taking on Simon Leung and Louisa Ma of Australia in the first match of the day. With significant experience on both sides of the net, this match promises to be one of Saturday’s highlights. The match between Edward Lau/Erena Calder-Hawkins and Matthew Graham/Gaea Galvez should also deliver plenty of excitement, with both pairs very familiar with each other’s strengths and weaknesses.

Play begins at 9am with Mixed doubles – don’t miss out. Entry is free for spectators, or you can tune in online at bit.ly/BOCbadmintonlive